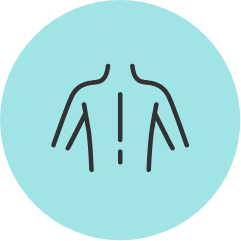 The philosophy of Autonomic Response Technique (A.R.T.) Kinesiology, Orthopaedic Acupuncture and Traditional Chinese Medicine (TCM) is to treat the whole person, not just the symptoms.  It places emphasis on the relationship between the body’s structure, framework and function, teaching the appreciation of the body’s ability to heal itself.

An advancement on standard kinesiology was co-developed by Dietrich Klinghardt, MD, PhD and Louisa Williams, ND in 1993 called Neural Kinesiology, targeted at identifying the state of health of the autonomic nervous system. The focus of the testing was to identify and treat the 7 most common factors that block/stress healthy functioning of the nervous system. Dr. Klinghardt went on to further develop the work into what is now called Autonomic Response Testing (ART). He continually is advancing this work to make it more sensitive, reproducible and easier on the patient and practitioner.

Medical & TCM Acupuncture
Promotes the flow of the ancient Chinese concept of vital energy (known as 'Qi' and pronounced as "chi"). Evidence shows acupuncture is a viable and safe option for treating chronic pain. Recovery is just the first step — here are some of our latest tips to optimise your health. 3 ways your poor posture is reducing your ability to think